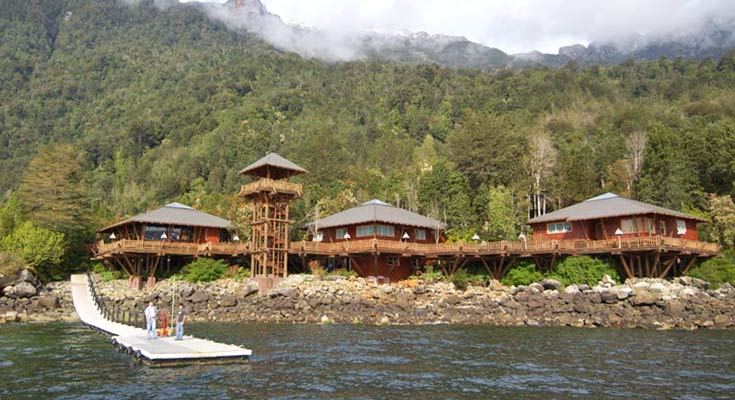 Located in the district of Hualaihué, Los Lagos Region, this scientific station is perched on the shore of the Comau fjord in Huinay, on a property belonging to the San Ignacio del Huinay Foundation. Founded in 1998 by Enel Generación and the Pontificia Universidad Católica de Valparaíso, the organisation’s mission is to facilitate scientific research and efforts to preserve the area’s biogeographic legacy through a project involving three activities relating to sustainable development: scientific research, conservation of biodiversity, and support for the community. In 2010, the site was declared a Multiple-Use Marine Protected Area.

Research began in 2001 and the scientific station was inaugurated in the same year, providing tools to support local research projects. The site currently includes a wet laboratory, scuba diving base, dry laboratory, observation tower, meteorological station, canteen/auditorium, accommodation and living area, visitors centre, and a small hydroelectric plant. To date, the site’s infrastructure and facilities have provided support for both marine and terrestrial research focusing on the construction of marine and terrestrial biodiversity baselines, biogeography, marine planning, and phenomena such as mass mortality events, climate change, and ocean acidification.

The San Ignacio del Huinay Foundation is a private non-profit institution whose mission is to protect and preserve the biogeographical heritage of the Huinay area and the Patagonian fjord region of Chile. This involves a project of scientific research based on the notion of sustainable development.

Our founding partners are Endesa Chile and the Pontificia Universidad Católica de Valparaíso.