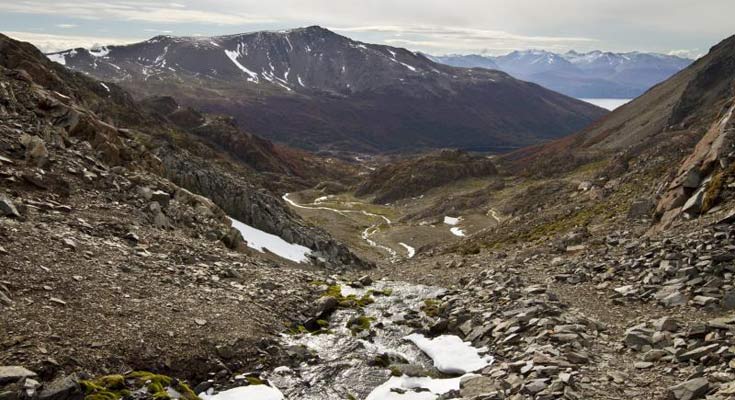 Located in the Cape Horn Biosphere Reserve (UNESCO 2005), Magallanes y Antártica Chilena Region, Omora is surrounded by the mountain landscape of Navarino Island, with its sub-Antarctic forests and peat bogs.

The station’s research programme was launched in 1999 and brings together the work of scientists, philosophers and artists in an effort to combine environmental ethics and ecology and thus promote the conservation of biological and cultural diversity.

Underwater inhabitants are macroinvertebrates that live in freshwater environments and are visible to the naked eye. They are found in all of the world’s rivers, streams and lakes and are generally the most diverse and abundant organisms within these ecosystems. This group of animals includes organisms such as arthropods (insects, arachnids and shrimps), molluscs (snails) and worms (freshwater worms and leeches). The majority of underwater inhabitants are benthic, meaning that they live on the surface of substrates (for example, on rocks, sand, woody debris, etc.) at the bottom of rivers, streams and lakes. One of the most important and least known groups within this collection of organisms are insects, the most diverse and abundant animals on the planet.

This guide invites children and adults of all ages to discover the tiny world of the underwater inhabitants of Cape Horn. (Introduction)